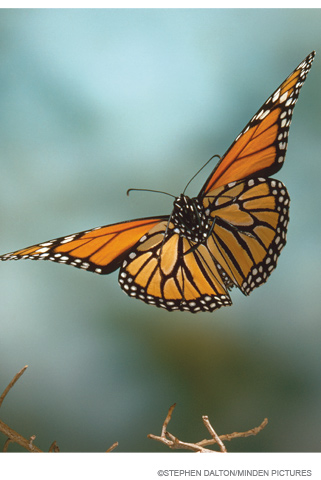 “Since we have confidence in the new promise, we speak very boldly. We are not like Moses. He kept covering his face with a veil so the people of Israel, who were fearful of it, did not see the glory, even though it was destined to fade away.

“However, their minds became closed, and to this day the same veil is still there when they read the Old Testament so they do not understand the truth. It isn’t removed, because only trust in Christ can remove it. Yet, even today, when they read the books of Moses, a veil covers their minds and they do not understand. But whenever a person turns their heart to the Lord, the veil is taken away.

“The Lord is the Spirit. Wherever the Lord’s Spirit is, there is freedom. So all of us who have had that veil removed can see and reflect the glory of the Lord. And the Lord – who is the Spirit – makes us more and more like him as we are changed into his glorious image.” (2 Corinthians 3:12-18 emphasis mine)

The word changed in the verse above in the Greek is metamorphosed. It is where we get the word metamorphosis, which means a profound change from one stage to the next. It is a complete transformation, a rebirth.

As we open our hearts and minds to Christ’s love and grace, we acknowledge law is dead. We allow Christ to remove the veil. We see the Old Covenant for what it was; the chains of the past that Christ died to rescue us from. We rejoice in his resurrection and allow him to restore us into our Father’s embrace.

We must shed the skin of the old and surrender ourselves completely to the New Covenant. We release control and allow and invite full access to the Holy Spirit. We allow the Lord to reign in us, thereby admitting his light and love to fill us, saturate us to overflowing, and fulfill us.

As the Spirit works in us, we awaken to the freedom that this is the way we reflect the true image of God. It is how we continue to grow in his glory. It is through love not law, faith not fear, that his light shines through us onto others. It is only in this surrender, this incredible choice, this willingness to die to self, to shed the old, that we become reborn and fly.

This is how we do it:

I generally read a couple of devotionals each morning, and turn to my Bible – the Living Word – to study quoted verses in context. I was captivated after reading Chapter Three in the Second Letter to the Corinthians because I’ve read this letter many times; yet upon this reading this particular chapter came alive to me.

So many new thoughts entered my heart as the words jumped out from the page that it’s going to take two posts to share them with you. I hope you’ll indulge me, because there are some amazing ideas awaiting you tomorrow!

“The ministry that brought death was inscribed on stone. Yet, it came with such glory that the people of Israel couldn’t look at Moses’ face. His face was shining with glory, even though that glory was already fading. Won’t the ministry that brings the Spirit have even more glory?

“If the old ministry, which brings condemnation was glorious, how much more glorious is the ministry which makes us right with God? In fact, that first glory was not glorious at all compared with the overwhelming glory of the new way. If that former ministry faded away despite its glory, how much more does the new ministry which remains forever?

“Since we have confidence in the new promise, we speak very boldly. We are not like Moses. He kept covering his face with a veil so the people of Israel, who were fearful of it, did not see the glory, even though it was destined to fade away.” (2 Corinthians 3:7-13, emphasis mine)

We are born in God’s image: loving, trusting, showing His light. As we grow and are exposed to circumstances, this light dims and, in some cases, is shut down altogether. We live our lives without fully realizing the gift we have in Christ. We live by fear and the Old Law, not yet allowing the fullness of the Spirit to work in us. We have not “made straight the way of the Lord.” God’s light is shining on us, but not in us.

During Old Covenant times, when the only people who had the Spirit were the prophets, God gave Laws for people to follow so they were aware of sin, they knew the boundaries, they learned not to harm each other and they understood how to take care of each other so no one was ever in need. But as a few became educated and studied the Law, they added to it and massaged it and twisted it here and there so eventually the application of the Law became abusive, and came to benefit the educated and wealthy.

When Jesus came, he addressed the abuses of the Old Law when he spoke to the leaders of religious law. He wanted them to get back to the original intent of the law, which was supposed to bring people together in community. Upon his arrival the Old Law was fulfilled; there was no more need for a law that punishes or condemns. Jesus came to take all our wrongdoing upon himself, destroy them for all time, and bring us back, through God’s love and grace, into a right relationship with our Father.