There was a Man who provided a service. He was very knowledgeable, very experienced and very connected. He advertised, for how else would anyone know he even existed? He advertised in the places people would look for his services. And one day he received a distressed call. Someone who needed help. Someone let down by another “expert”. Someone who was paying the cost for the expert not being the expert he said he was. 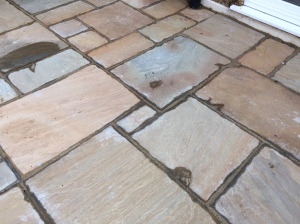 The person in ex-distress and now ex-anger thanked the Man, and then set about researching the Man’s credentials – and found them to be good everywhere he looked. The Man indeed seemed to be the expert he claimed. So the job was agreed, and the job was done. By other Men who were indeed skilled at their different jobs. Men who had a pride in doing their different jobs to a very high standard. They were indeed good Men in the image of the Man. 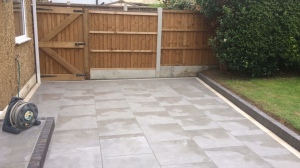 That is a true story. The firm is a real firm. The job was a real job. And the job (done second time around) was to a very high standard.

It struck me that “the firm” – each person – was as good as the Man (the boss): each person had a job – each person understood their own job – each person knew the jobs of others and how all the different jobs fitted together. And I learned that each was valued by the boss, and each was necessary to the boss (and each other). Each had the skills, experience, tools and right attitude to do “the job” properly. And the pride in doing a good job was not for my benefit , not for their boss – it just “was” in each.

And the boss was absent a lot of the time. And there were no calls to reassure or enquire. He simply popped in on two occasions over one week. On both occasions his visit was not to impress me, it was to talk to his crew. The entire job was done to the very high standard, to the agreed price (including some details not included in the quote (and not charged either), and to the agreed schedule. All was as promised. And those details along the way … each was agreed as it happened. And that left a great impression.

Each of the crew was entrusted with the authority to change/adapt/amend his own bit without reference to the boss. I think it was because each had the same pride in their bit, and – as importantly – of the whole. Each knew they were part of the whole – and each worked their bit to achieve the whole. That was how they did things – it was that simple for each of them.

And – without any of us talking about God or no-God, church or no-church … I was given a fantastic living and real lesson in why disciples and “why discipling”.

5 thoughts on “A lesson in “why discipling””