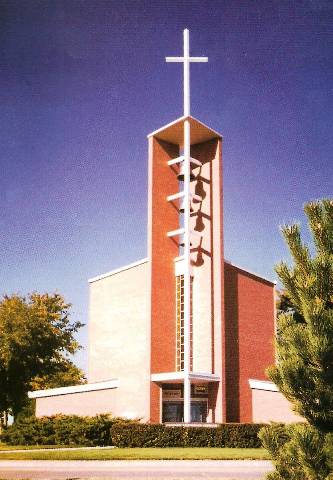 I read a post last week from a pastor in response to a list made by African American State Senator Jamilah Nasheed of this country’s current injustices, citing her reasons for declining to stand for the Pledge of Allegiance.

Eric Reid, 49ers safety, who took a knee during the national anthem with Colin Kaepernick, is a member of our church family. Our pastor, who is from European ancestry, knows Eric and knows his heart, but didn’t understand or necessarily agree with the gesture. What did my pastor choose to do?

He reached out to Eric, and asked him if he would be willing to have a video taped conversation to be played for the entire congregation over our four campuses. Our pastor wanted us all to have a better understanding of this issue of racial injustice, and the response to it of many who are taking a knee or sitting out the Pledge of Allegiance or the National Anthem.

Before Reid and Kaepernick took a knee, they had a conversation with Nate Boyer, former Army Green Beret and Seattle Seahawks long snapper. One of their goals was to find a way to show respect to the military while still honoring their own protest and beliefs. In the conversation with our pastor, and in other interviews, Eric Reid said:

“Colin was speaking to something that’s very true and prevalent in our country and those issues do need to be addressed and I discussed this with him and prayed about it. We wanted to make a statement but we wanted to be respectful. That’s why we knelt. There have been things that have happened lately that have struck a nerve with me. I mean, we’re America. We should be the best at everything we do. This is bigger than football.

“Sitting down with each other face to face, having a conversation with someone who doesn’t see eye to eye with you, that’s how you find understanding, that’s how you make our country better.” Eric Reid

So, back to this other pastor.

This pastor stated that he addressed Senator Nasheed’s list of injustices in light of his recent trip to a poverty-stricken, war-torn country, comparing in part the injustices in this country to the injustices of the other country. That is certainly one way to approach the injustices here; however, this pastor could have used his experience to should sharpen his focus on our own injustices, allowing him to contemplate a different cultural perspective. If he could place himself in others’ shoes in another country, why not in ours?

When Senator Nasheed wrote of the injustice of police brutality this other pastor said, “I’m sorry, but I’m sick and tired of this ‘police brutality’ business…Why not compare our supposed brutality to that of the cops in Iran?” Placing “police brutality” in quotes as he did, and preceding it with ‘supposed’ invalidates the experiences of a large portion of our American population. The unexplained death of a woman stopped for a traffic violation and assaulted by the policeman inside of her car for smoking a cigarette is brutality. And that is only a single instance.

When Senator Nasheed listed the injustice of poverty — the underfunding of our public schools, the other pastor wrote, ”“Seriously, how is being poor an injustice when the poor in this country are infinitely more wealthy than the majority of people in [war torn country]?” Again, that does not invalidate the economy of this country or the systemic differences in the way public schools are funded here. Go into any two public schools – one in a poor, urban community and one in a wealthy suburban area and compare textbooks, libraries, computer labs, science equipment, gymnasiums and sports equipment. It becomes readily evident.

When Senator Nasheed listed the injustice of voter suppression — passing Voter ID laws, the other pastor said, “So it’s injustice – as opposed to being just and lawful – to require that a person placing a vote in an election actually show proof [of] legal citizenship of this country? Do you even understand the definition of ‘justice’” Our American higher courts have defined justice quite clearly.

The 4th U.S. Circuit Court of Appeals overturned North Carolina’s voter I.D. law and stated North Carolina legislators had passed the law “with discriminatory intent,” and that its provisions deliberately “target African Americans with almost surgical precision” in an effort to discourage black turnout at the polls.

The 5th U.S. Circuit Court of Appeals in Texas that struck down the voter I.D. law found not only that the law discriminated, but that it was “intentionally designed to do so.”

A U.S. District Judge in Wisconsin struck down several provision of its State law, stating, “preoccupation with mostly phantom election fraud leads to real incidents of disenfranchisement and exist only to suppress votes.”

And in North Dakota, a U.S. Federal Judge blocked a law required photo I.D to vote stating, “The public interest in protecting the most cherished right to vote for thousands of Native Americans who currently lack a qualifying ID and cannot obtain one outweighs the purported interest and arguments of the State. No eligible voter, regardless of their station in life, should be denied the opportunity to vote.”

No eligible voter, regardless of their station in life, should be denied the opportunity to vote.” U.S. District Judge Daniel Hovland

I will only ask this pastor, as the shepherd of a congregation of Christ’s church – of His ekklesia – wouldn’t it be your mission to provide unity, encouragement, leadership and a safe place to worship for every member of your flock? To be well informed, invite conversations and seek solutions rather than condemnation?

Another of our pastors, Steve Ingold, spoke to us this past Sunday of the need for critical conversations. He said:

“Get to know someone different than you. Get to know their hearts. Choose to listen and understand. Choose to call someone and ask instead of choosing to judge and criticize and distance yourself. We have to do better as His church.” Pastor Steve Ingold, Cornerstone Fellowship

7 thoughts on “A Tale of Two Pastors”