How Working With Each Other

Instead of Against Each Other

Because what we’ve done so far hasn’t succeeded

A two-year old wanders onto a busy, traffic-laden street, trips and falls. The mother is crying, trying to get to her child, but for some reason, cannot. You have two options: 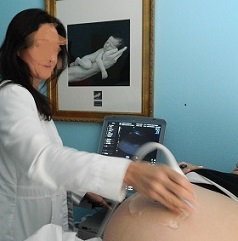 A woman enters a reproductive clinic (Planned Parenthood or otherwise). She is pregnant, confused and afraid. You don’t know her story – yet. She desperately needs comfort, compassion and information. She does not want to have an abortion, but she sees no other options.

Inside the clinic, there is a bright and comfortable waiting room. There are colorful photos of children playing and even some of children in utero. There is a team of professionals who provide safe health and human care:

Counseling services for women who request them

Volunteer services for driving, birthing coaches and “grandmas” for handholding, babysitting and after birth support visits

And yes, doctors who perform abortions for those horrific situations that occur when abortion becomes the treatment agreed upon between a woman, her doctor and her counselor

Before we continue to demonize each other, let’s face facts. Those who are guilty of or approve of bombing abortion clinics or killing doctors who perform abortions are outliers – they are the few crazies at the edges of the Pro Life movement who need to be locked up.

At the same time, women who used abortion as contraception and could not care less about the lives growing inside them are also outliers – they are few and far between and need serious education. Most women who choose to have an abortion never make the decision lightly, and are haunted by it for years.

For those of you who are pro-life: according to an article in Christianity Today (Feb 2015), 70% of women who have had abortions identify as Christians; 50% identify as Evangelicals. Where is the compassion and grace? The resources and energy it takes to picket or make signs, craft legislation or research doctors could go toward reaching out and helping women who, for the most part, really don’t want to end their child’s life.

These same resources and energy can go toward getting to know a woman, asking how you can help her, showing her love and compassion instead of pushing her away, and scaring her into a decision she didn’t want to make in the first place.

For those of you who are pro-choice: the resources and energy it takes to vilify the Christian women who oppose you could be spent in simply admitting you have the very same beliefs. You could begin to embrace Christian women who have already had abortions and are consumed by guilt and shame. You can offer outreach and specialized counseling services like Silent No More.

Instead of continuing to demonize each other, let’s get to know each other, help one another, reach out to a sister one-on-one. Why?

Because we have allowed this ideological net to divide us.

Because we have allowed it to prevent us from finding common ground.

Because ultimately, our goals are the same.

Because we are still not saving lives.

It’s long past time to work together. We all have a vested interest in our daughters’ lives.

Could we begin today?