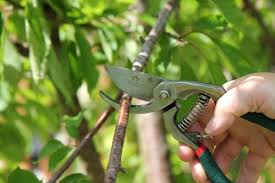 Last night as I was praying, meditating and trying to keep my attention in check, I was having a lot of trouble. Thoughts went here, there and everywhere except where I wanted them to go.

People, places, things, events, situations, issues all interrupted. Spiritual, physical, political – if it had been on the internet, on the television news, in the newspaper, in conversations with family and friends, emails, no matter where, they all crowded in. Sometimes in gangs! Like impish brats they demanded attention, sometimes loudly, sometimes sneakily. Psst!

Suddenly I realized what was happening. I recognized the work of the enemy and began to demand his distracting minions to get out of my presence. As I started praising the Lord and thanking him instead of being distracted by all that intrusive negative stuff, they left (whining as they went). It was almost funny.

That wasn’t the first time such…

One thought on “Snip, snip”