Skip to content
HomeChurch is where the mangoes come… 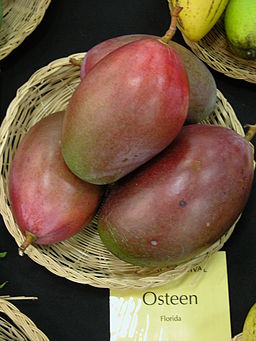 I remember the mangoes. Mangoes by the bag, by the box, by the sack… small, medium, large containers… some cherries, some tomatoes… but mostly mangoes.

I was the “new kid on the block”, just in my first weeks serving on my first church staff as “Outreach Minister” (now usually called “Community Ministries Director”).  Day by day as winter gave way to spring, produce made its way onto the church secretary’s desk, and thence betimes to the pastor’s desk.

Late-ish one afternoon, he called me into his office saying, “I have a job for you, if you can handle it reverently. You now work among homeless and you know a number of poor families and workers.

“These,” as he indicated some mangoes and avocados, with other produce on his desk, “these need to be given to people and families in need. They cannot just be given to friends, or eaten on your own, or allowed to spoil and go to waste. Do you know people who need these?”

I assured him I did, but he could see the confused look on my face. I mean… what’s up with these fruits and vegetables? Why were they here? Why was he so concerned about them?

He smiled as he realized my confusion, and had me pick up some of the containers to tote to the car as he explained.

“These, Little Monk, are ‘first fruits’. People in this community often select the very finest of the first of their crops and produce, and bring them here as a gift… as an offering to God. Some of these families themselves have little money, grow their own food, and give their fruit as gifts. But every year they bring the Best of their First here, just to honor God. I treat these very carefully. These… are His… not ours. And every year I make sure none goes to waste, but they are given away to those who can use them.

“This year, because of what you do, I think you can do that better than I. And some we will set aside for our Sunday Schools to give to neighbors and friends with needs. These are precious and special because of the gift they are, and the gifting hearts that gave them. Treat them accordingly, all right?”

I readily agreed, and took time and care to distribute everything among people who were delighted at the boon to their larders. It was a simple task I’ve always enjoyed, but seldom gotten to repeat. “First Fruits” is not a common custom, though I’ve often thought of this when I’ve handled other “gifts that honor God” in the years since.

I have no idea why, earlier this evening, this remembrance came to me so very strongly. But it came with a realization that here was a wondrous part of what it is, was, can be… to take part in “Church”.

When we ask, “What is Church?” I know that a part of that is this kind of sharing. Bringing the best of our first to the altar, as a grateful gift to honor God, for sharing with those in need.

One thought on “Church is where the mangoes come…”